A mouthfull of organising clubs but it was a great show. Friendly atmosphere as always; almost as old friends meeting again to have a nice wargaming day. Some 15 traders and  more then 20 clubs showed up.

We presented our 15mm 1809 Tyrolean demo for the second time. And although we hadn't practised a lot, Shako II fulfilled their role as a good and solid Napoleonic ruleset. 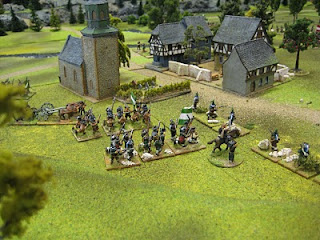 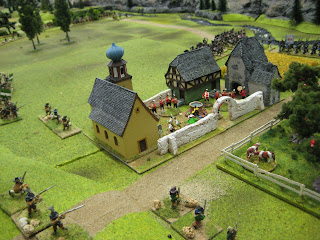 Oh, and the tyroleans kept on dancing while round them a fierce battle was fought.

This time, the Bavarian/French forces overran the Austrian/Tyrolean forces although only after a bitter fight. Remarkedly, an Austrian battery hit almost every round, while a Bavarian battery hit nothing at all the whole game. 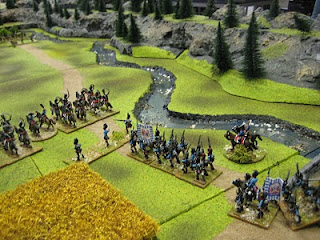 Posted by Alde Garde at 9:35 PM No comments: