Our 2013 wargames theme that we are working on right now is the early 16th century. Which year exactly and were it will be situated must stil be fought over during our "club" sessions but probably it will be a (fictitious) battle in the Netherlands in 1507 between forces of the Duke of Gueldres (aided by Imperial troops) and the King of France.
Painting has started and the first try out of our intended rules, Pike and Shotte from the Warlord stable, will be soon.
So, time and money permitted, Gendarmes, Landsknecht and other early renaissance troops will grace our wargames table. 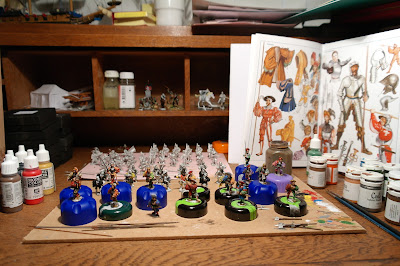 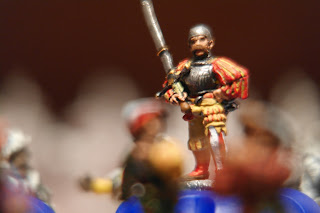 Pics from the wargames painting table. The workbench is full of figures which need to be painted. 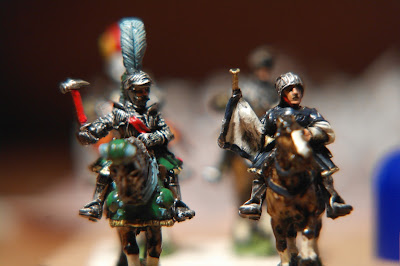 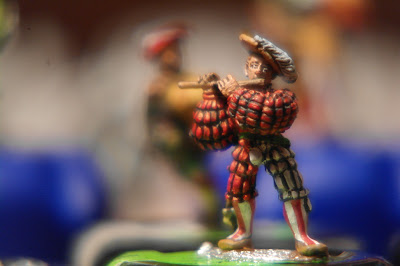