Some new pictures of our building work for Crisis 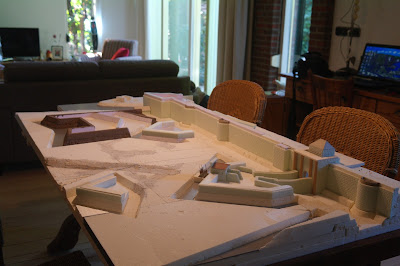 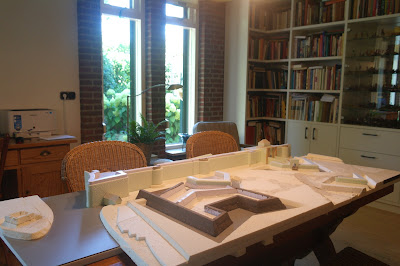 It is a whole time ago that we posted something here, so let's start again with the first pictures of our preparation for the November Crisis show.

Our theme will be the Siege of Maestricht in 1748 (War of the Austrian Succession) in 15mm. As always, Peter as our master builder putting great effort in building a part of the fortress.

Of course it isn't possible to recreate the whole of Maastricht on a wargames table so only part of its defences will be made. 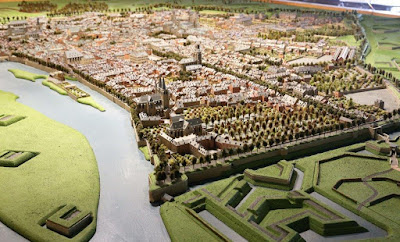 A picture of the copy of the maquette that Louis XIV had ordered to be made in about 1750 from the fortified town of Maastricht.
The original can be seen at the Palais Beaux Arts in Lille in the Salle des Plans-Reliefs. The Dutch made copy can be seen in the Centre Céramique at Maastricht.
In the downcenter of the picture is the part of the defences we want to recreate.


This maquette inspired us to make copy for wargames purposes and a scenario fort he siege of Maastricht by the French in 1748 at the closing of the Austrian War of Succession.
Our copy will be cover the north side of the town. 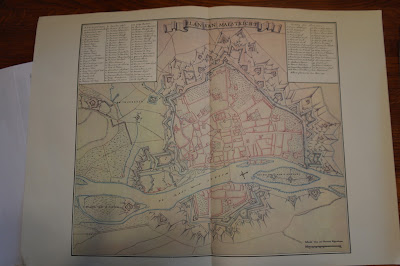 A map of the 1750'showing the defences of Maastricht; the North (which we want to represent on the table) is to the right. 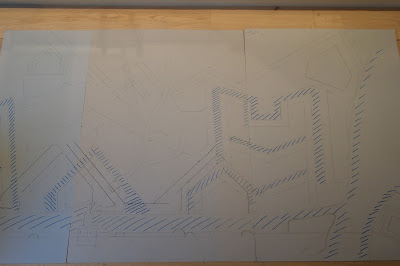 A first floor plan of the northern defences we want to recreate to scale. 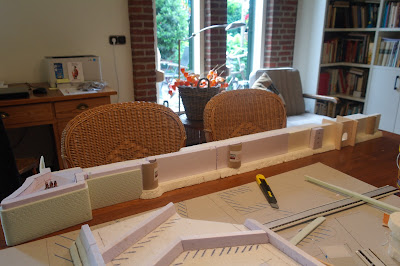 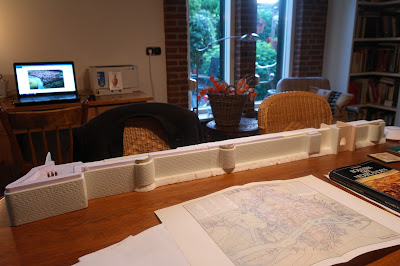 Will be continued soon!