It will be a busy weekend for the Alde Garde.
This evening (Friday) we will be preparing two tables for the reenactment meeting of "Gelres Overkwartier" in Horst, Netherlands which we will attend on Sunday. We will bring our 25mm Medieval demo and our 15mil 7YW Inda demo.

Saturday morning we will depart for Londons'Salute show. Just a trip on one day (almost 1000 km on one day!) but it is for our hobby (it's keep you off the street, our wives say).

Hopefully we will see some old friends attending and some good presentations and maybe will buy some stuff although we have (as all good wargamers) already a bulk of metal lying around in boxes.

Hope to see you at both occasions

As said earlier, the British Forces wargames show at GHC Rheindahlen had its last run "again". But now it was announced that it really was the last show. Its name changed to RE-Action, it was a nice day (we only could attend Saturday). Nice atmosphere, good games and a lot of talking to fellow wargames and public. Traders offered a lot of prices for the raffle but again we didn't won anything.
Here are some photo's of our game: 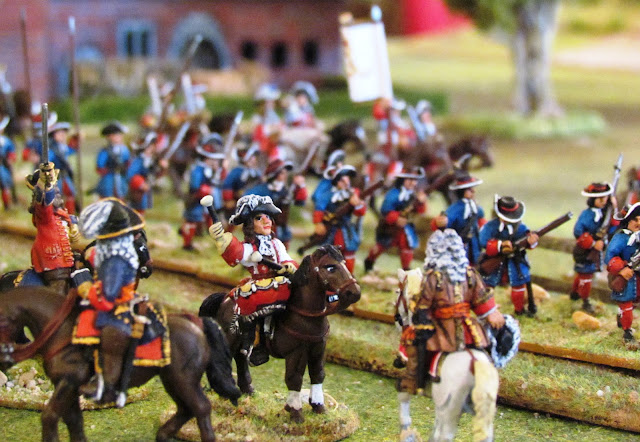 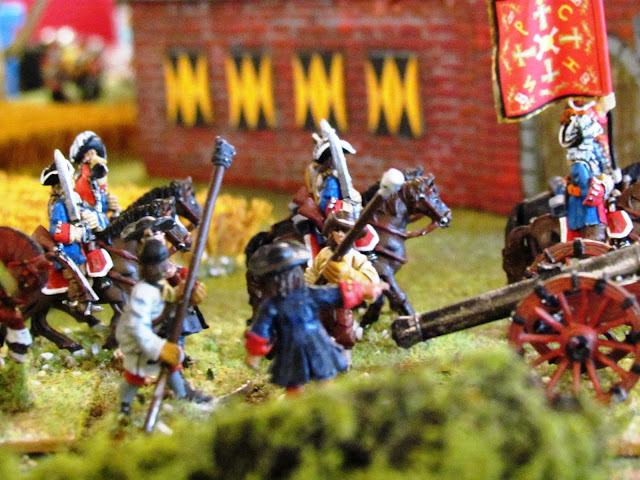 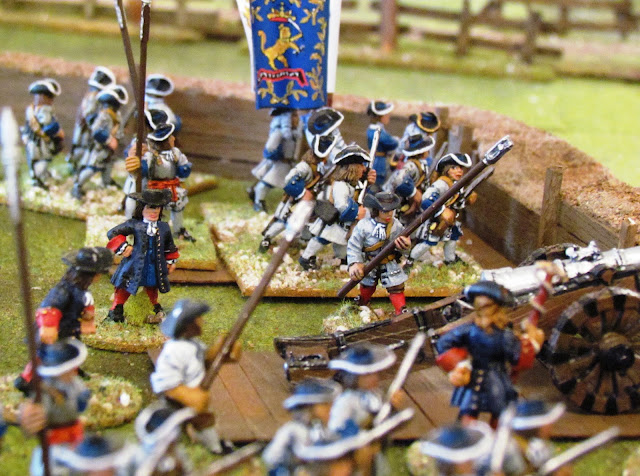 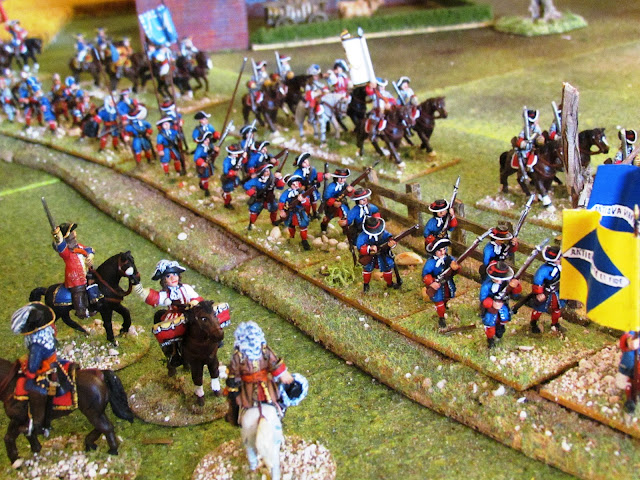 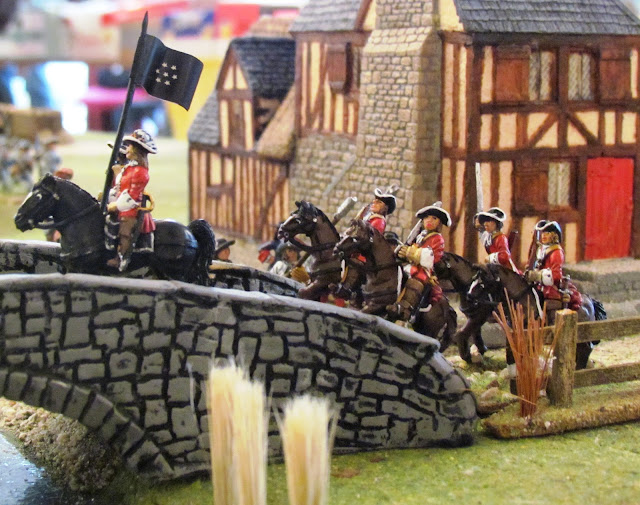 Some photos of other presented games:
10mm looks very good in mass (although too small for the eyes of the Alde Garde !!) 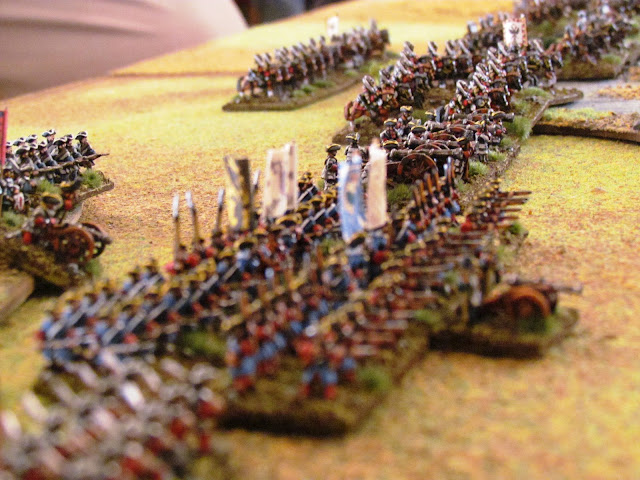 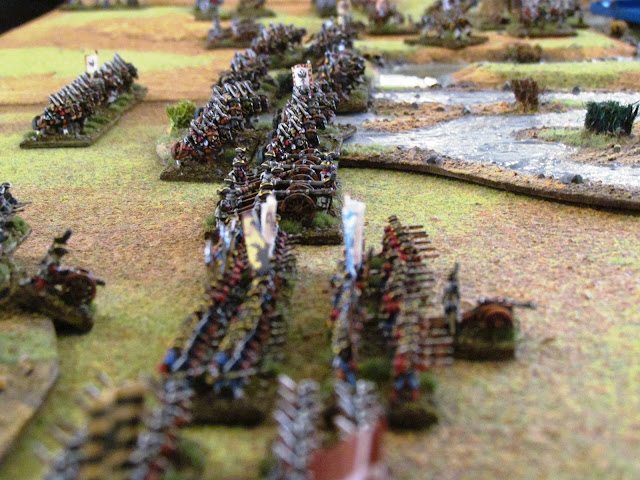 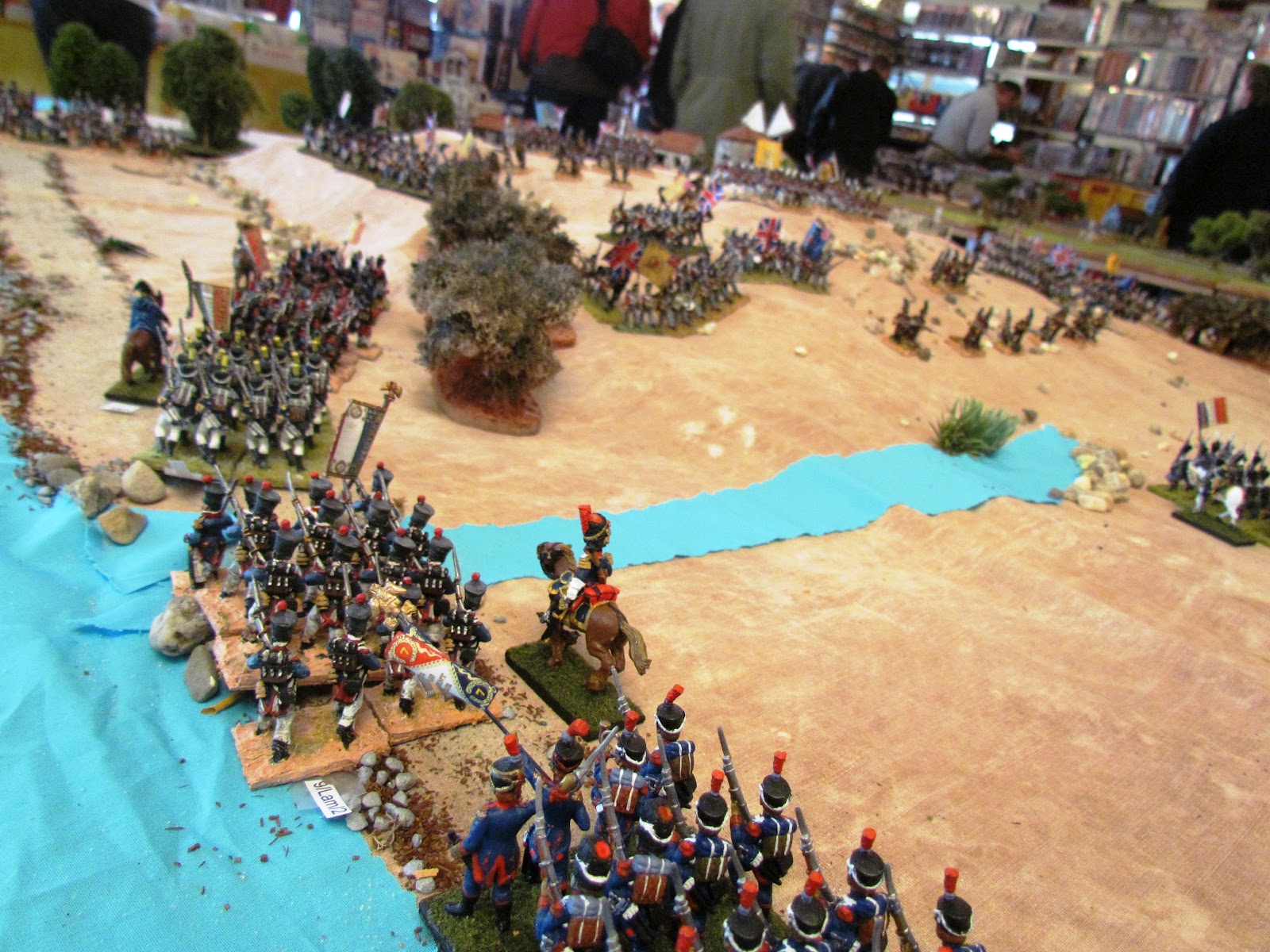 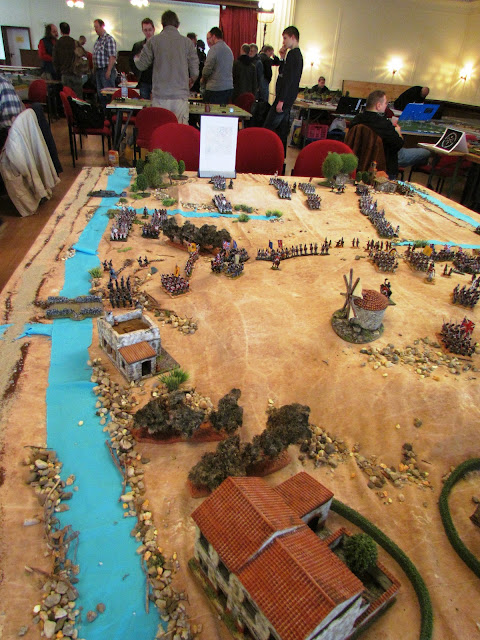 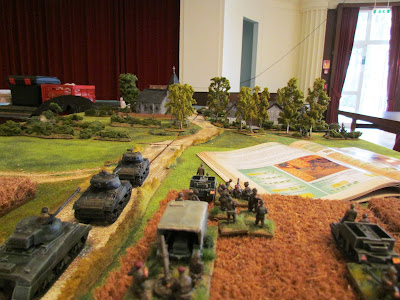 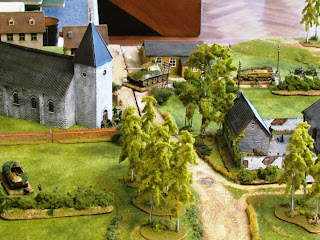 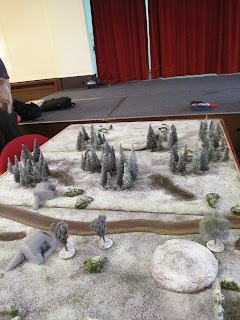 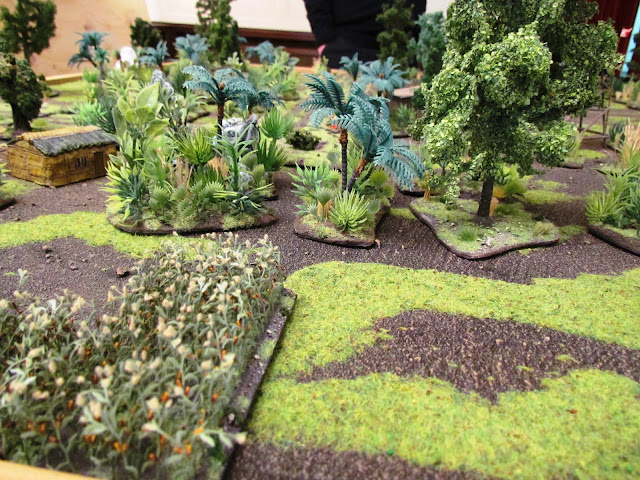 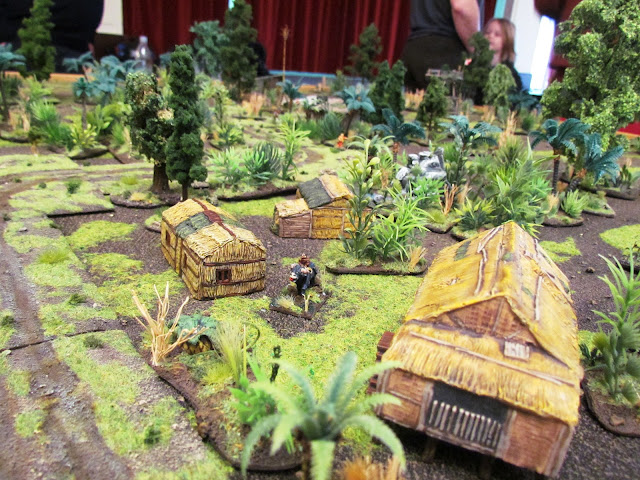 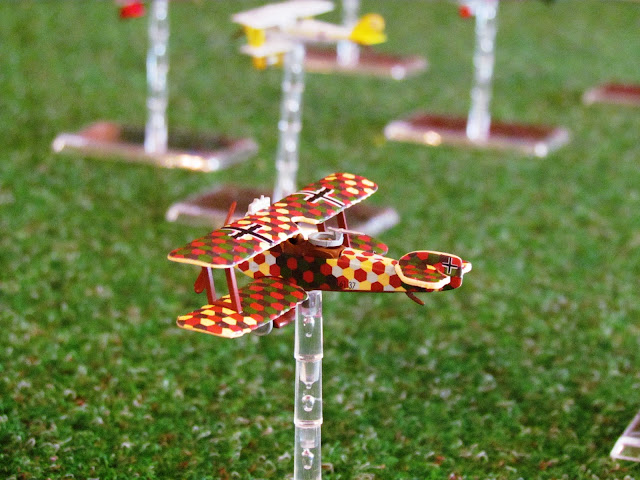