Last year we couldn't make it, but this year we managed to go.
Started driving at 6.30 Dutch time to Calais, for a daytotal of 945 km (or for the British readers almost 588mile) and stepping in bed again at 0.30.
We didn't buy much that day, but did see and talked a lot. So, a good wargaming day for the Alde Garde.
As a lot of pictures of games are already on TMP we here present just some impressions about games we like although time ran out on us and we haven't seen all what was happening
Starting with Salute itself, we still think that the venue doesn't have the best atmosphere. It is just a big hall. 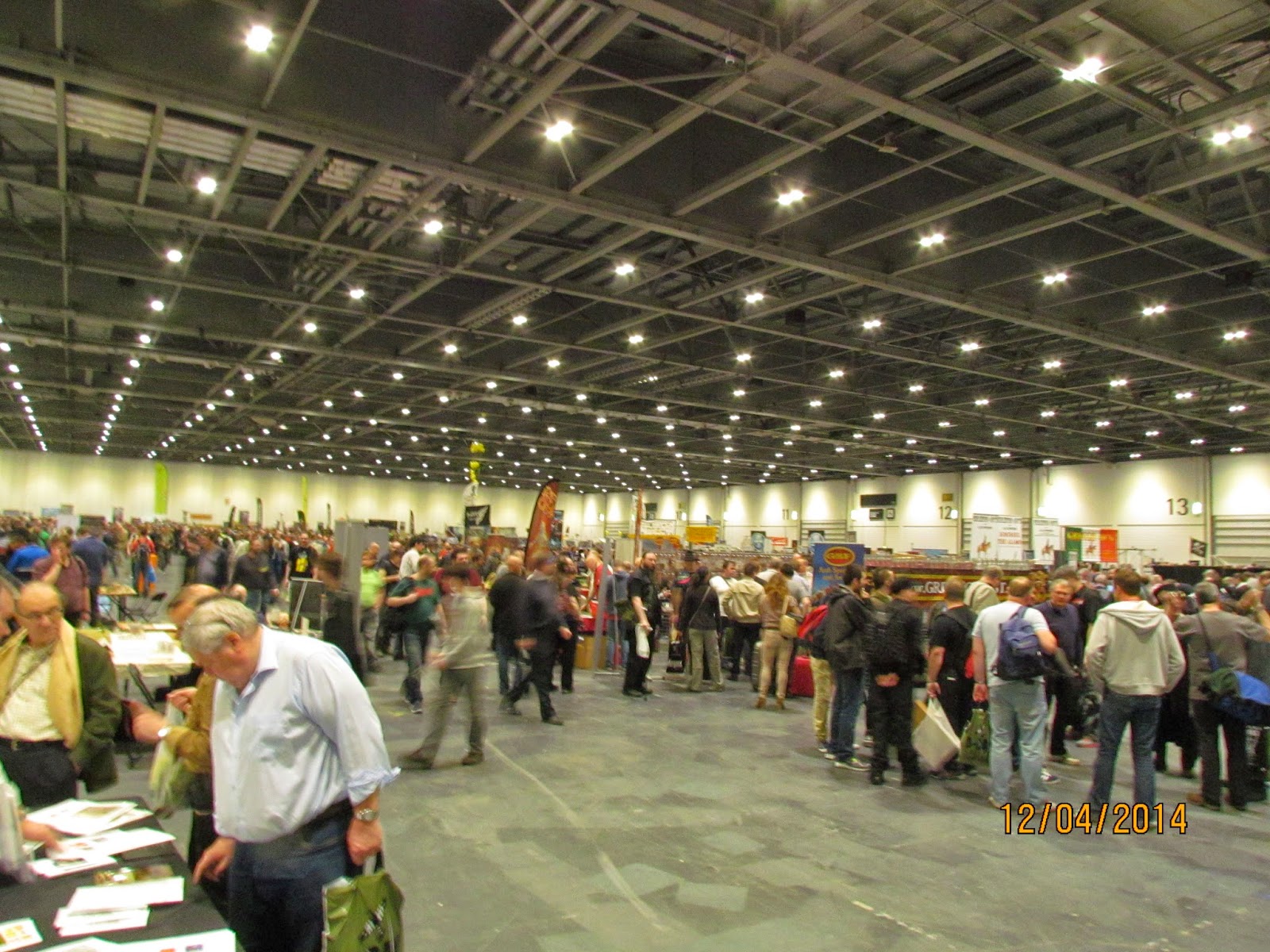 WW2 games were seen a lot, probably because the Normandy landings are 70 years ago. Mostly the displays and tables look great, some of them underneath in the pictures. Must say that 20mm and bigger scales are preferred by the Alde Garde.
It is a pity we haven't pictures of the 1941 East Africa wargame about the battle of Kelen. This was a great modelled battle. 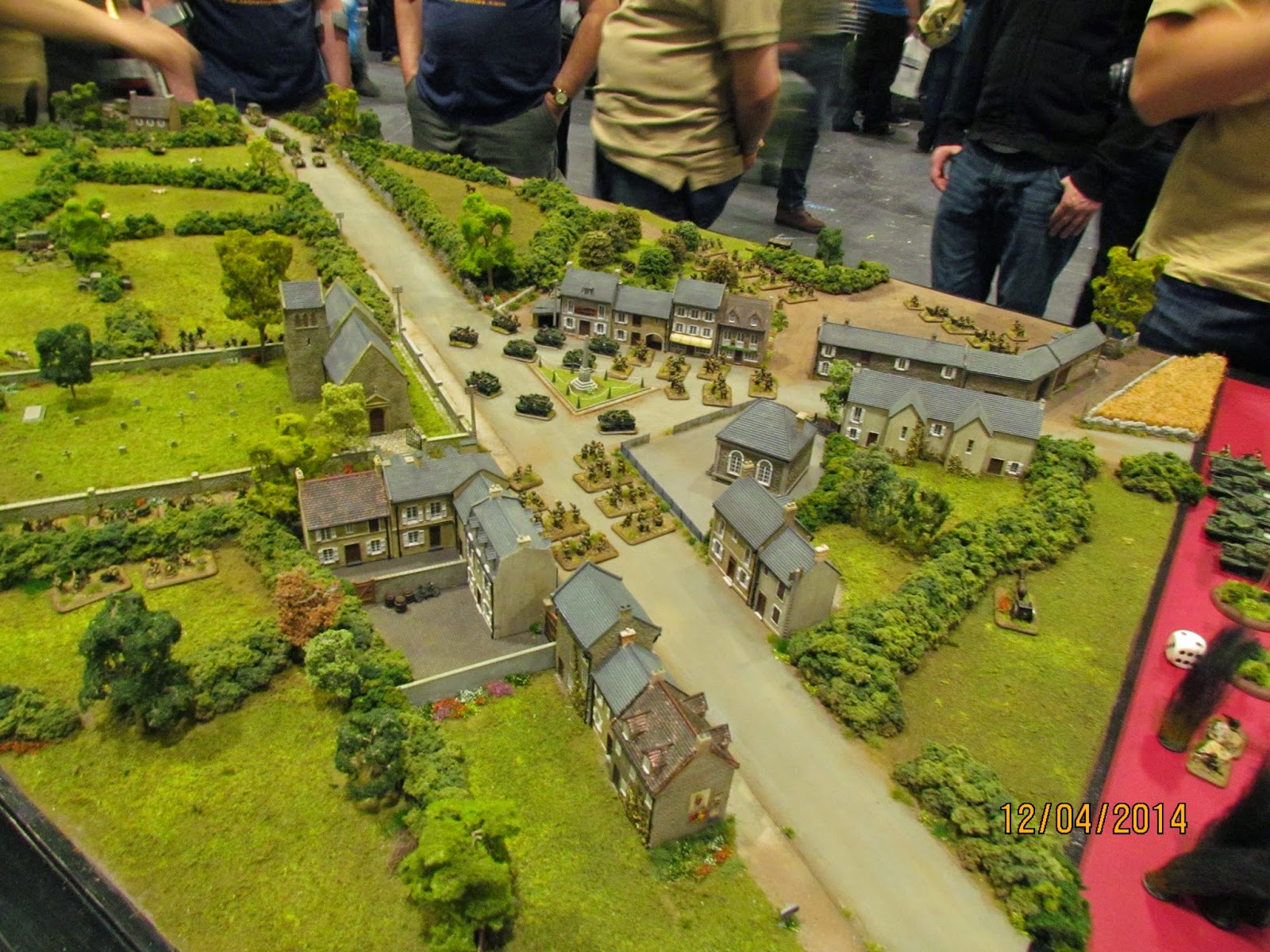 As you maybe know we love the French Revolutionary period so were pleased to see the the battle of Arklow (1798) with a lot (a loooooot) of Irish troops fighting against the British. 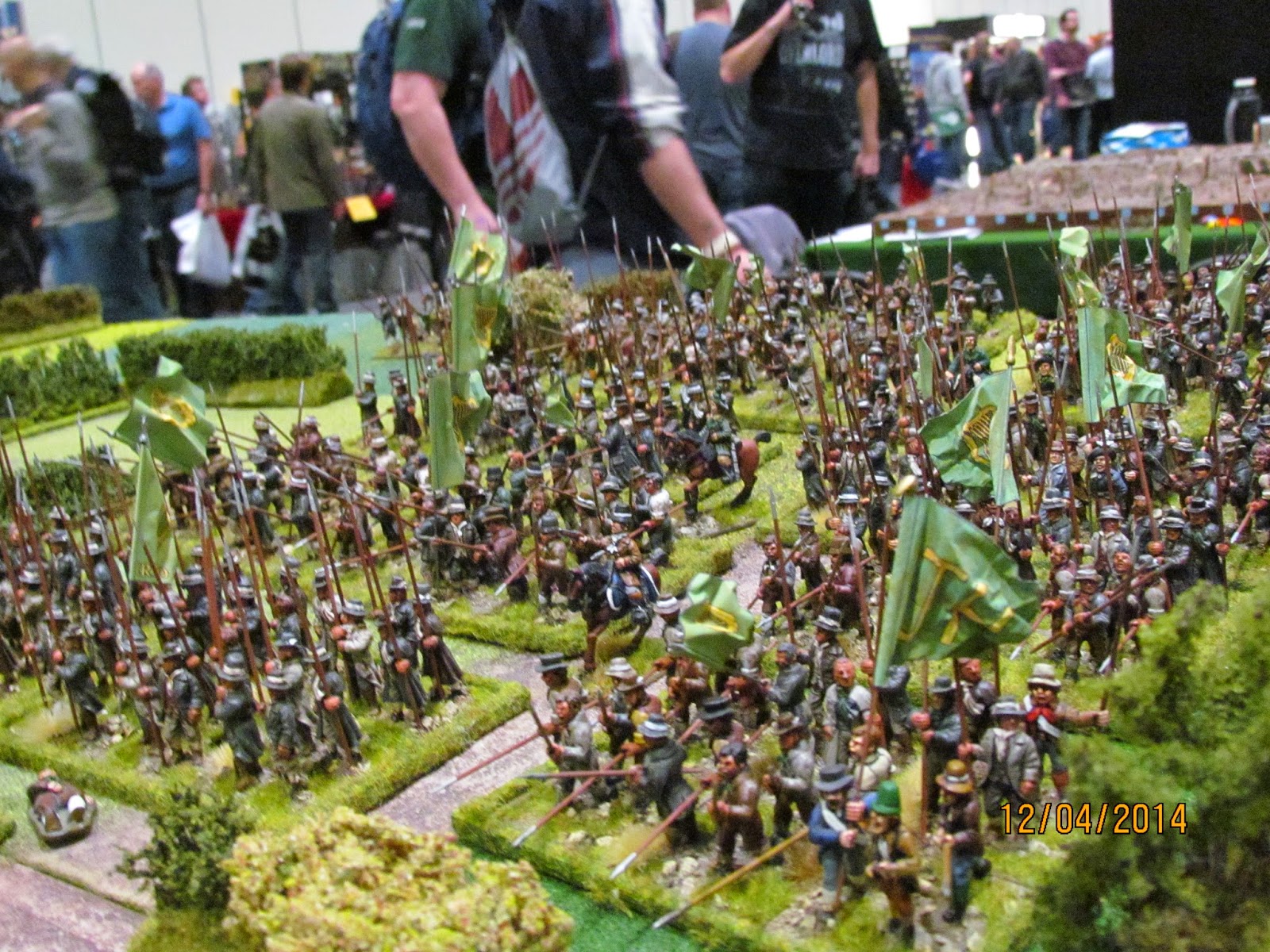 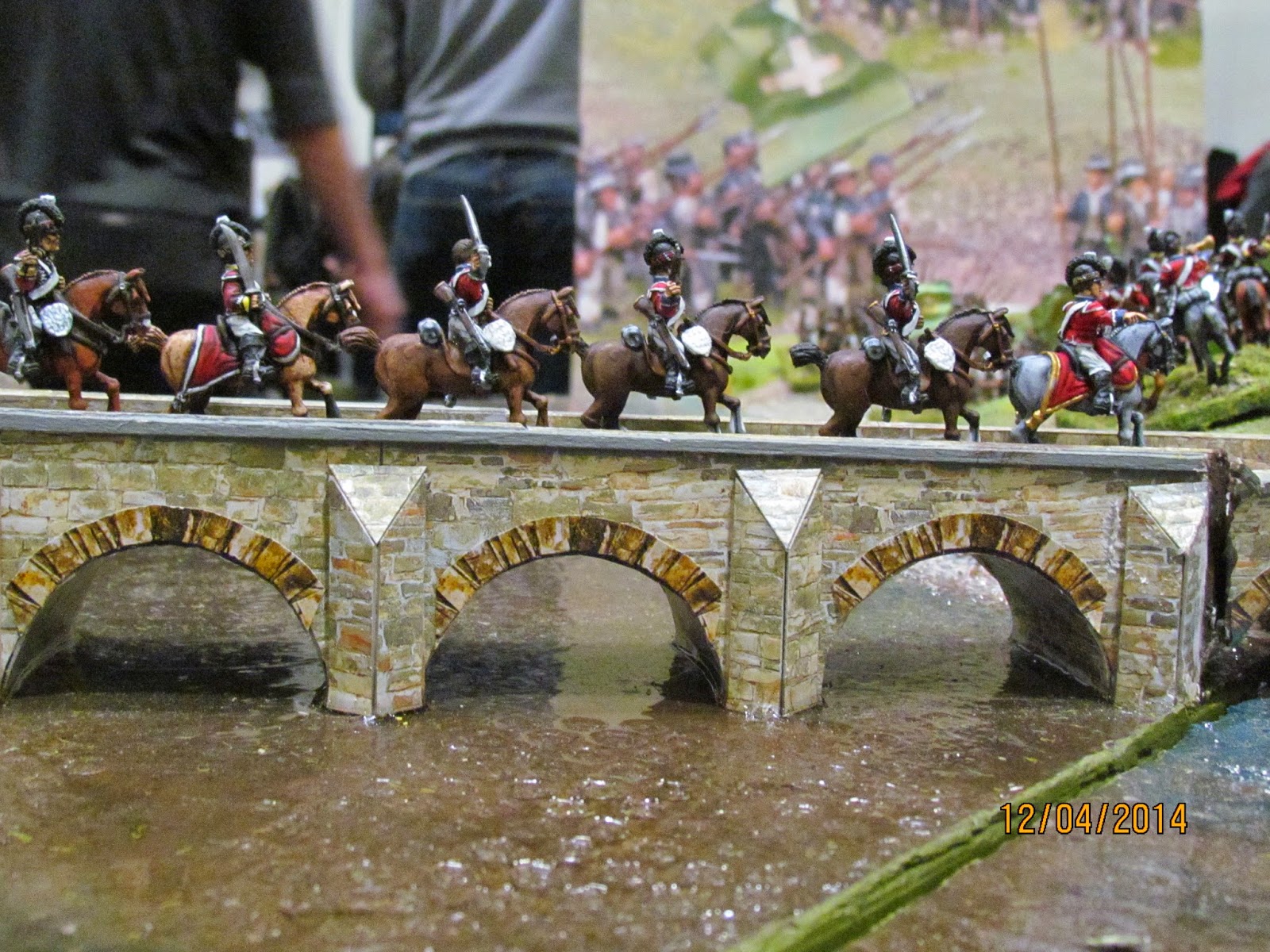 A nice model for phantasy wargaming. 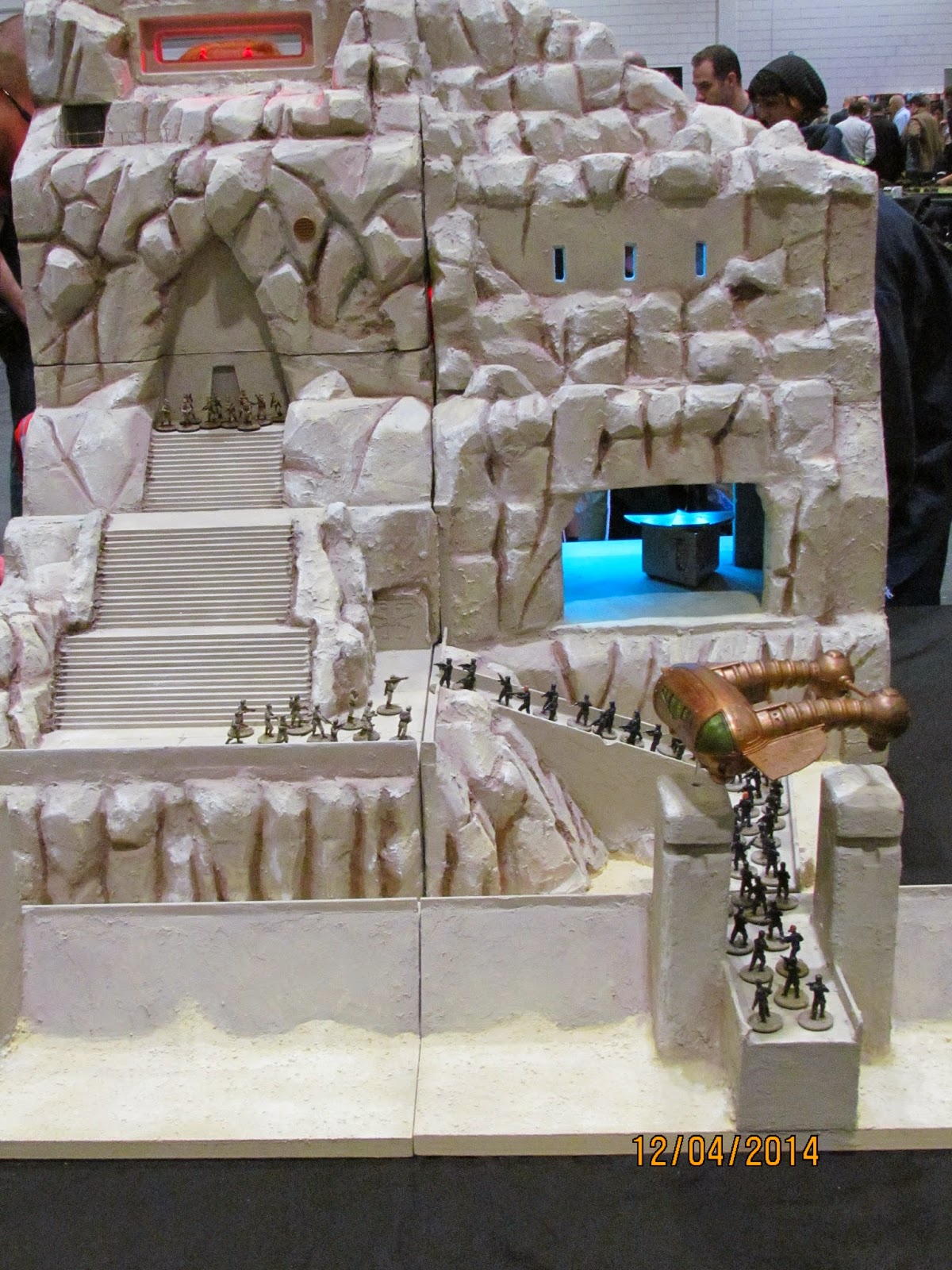 WW2 again, now a landing on the coast of France. Great table with eye for details. A lot was going on. 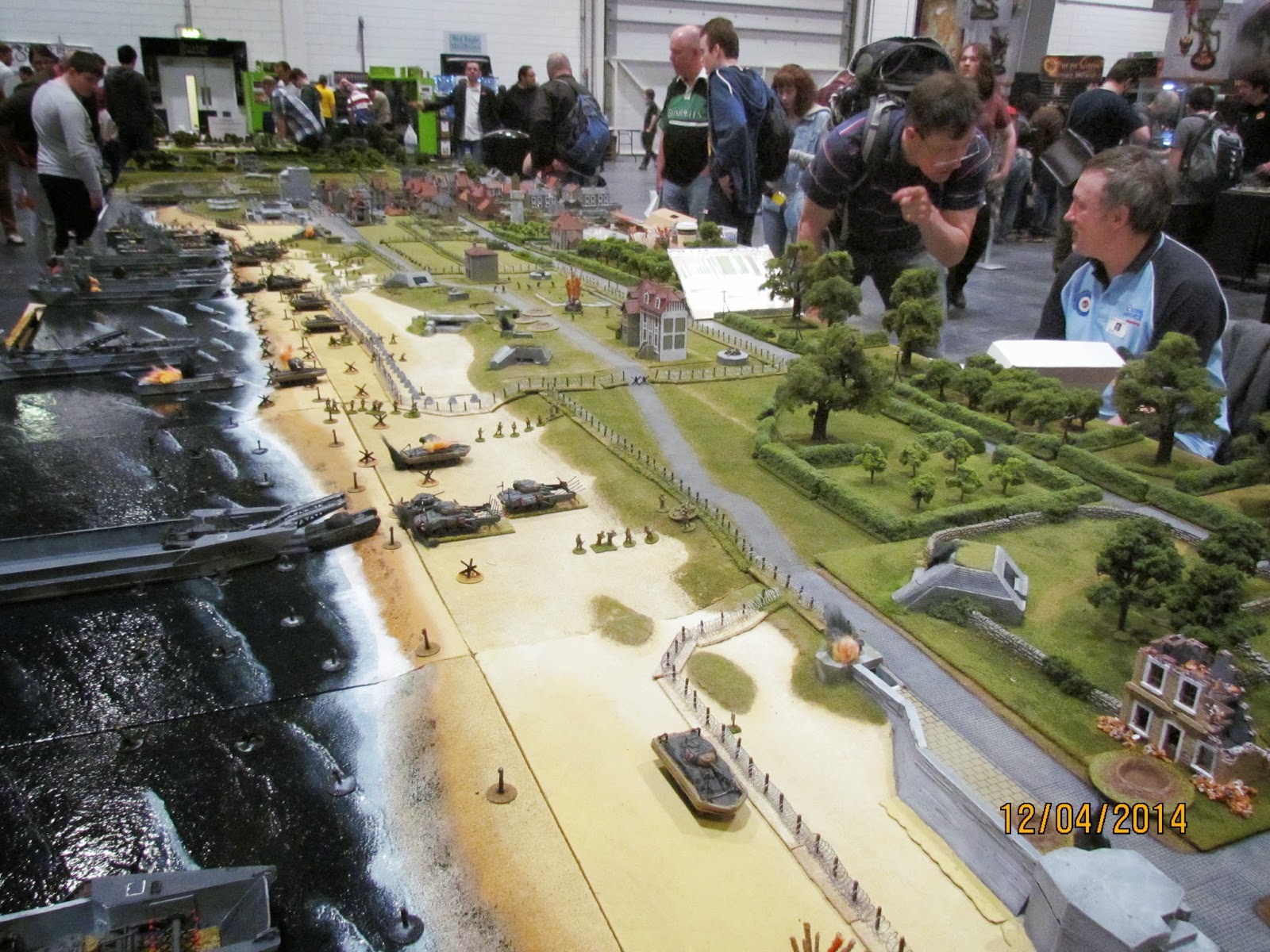 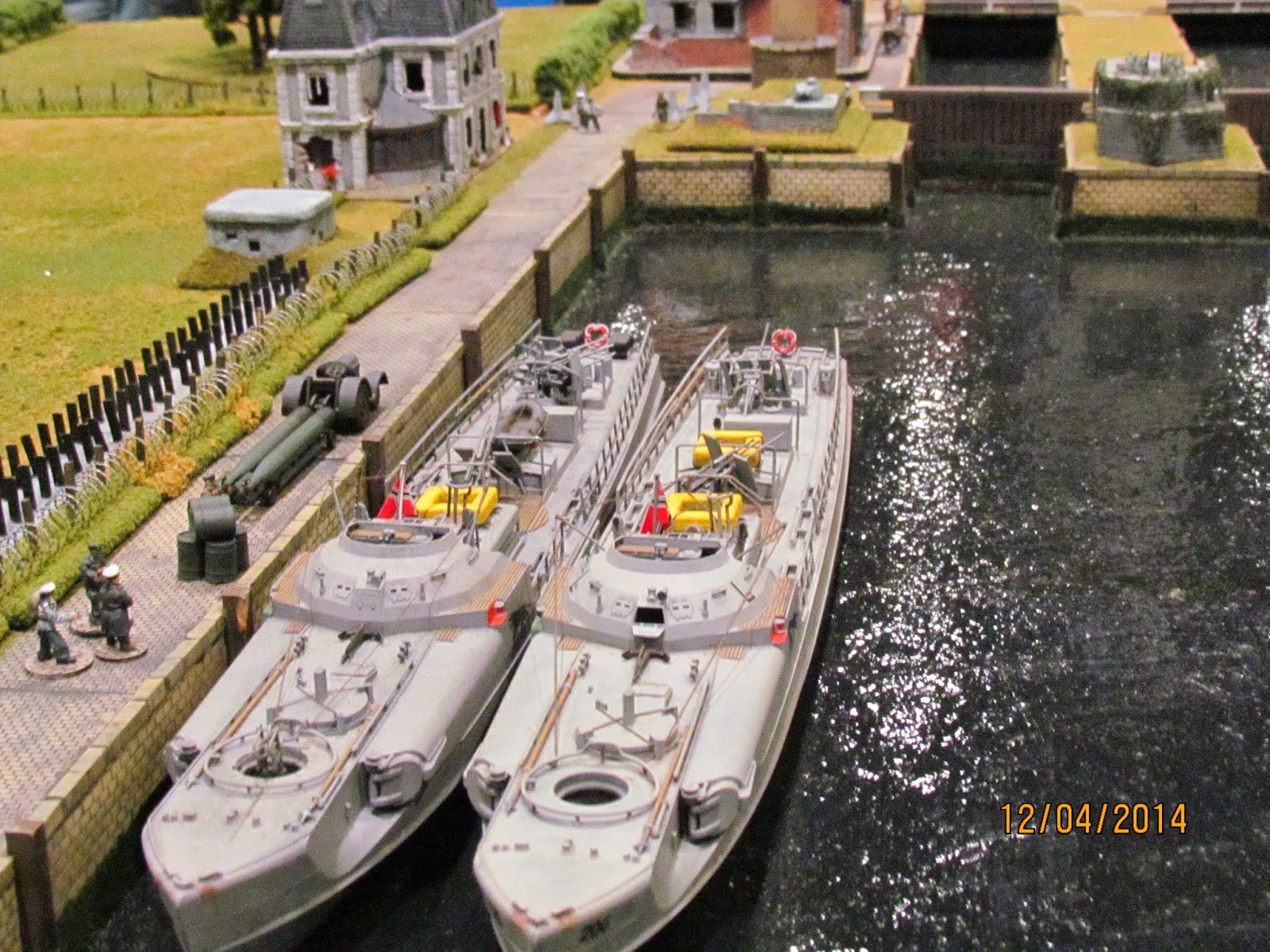 A phantasy battle with big figures and even bigger elephants. Great looking terrain and figures. 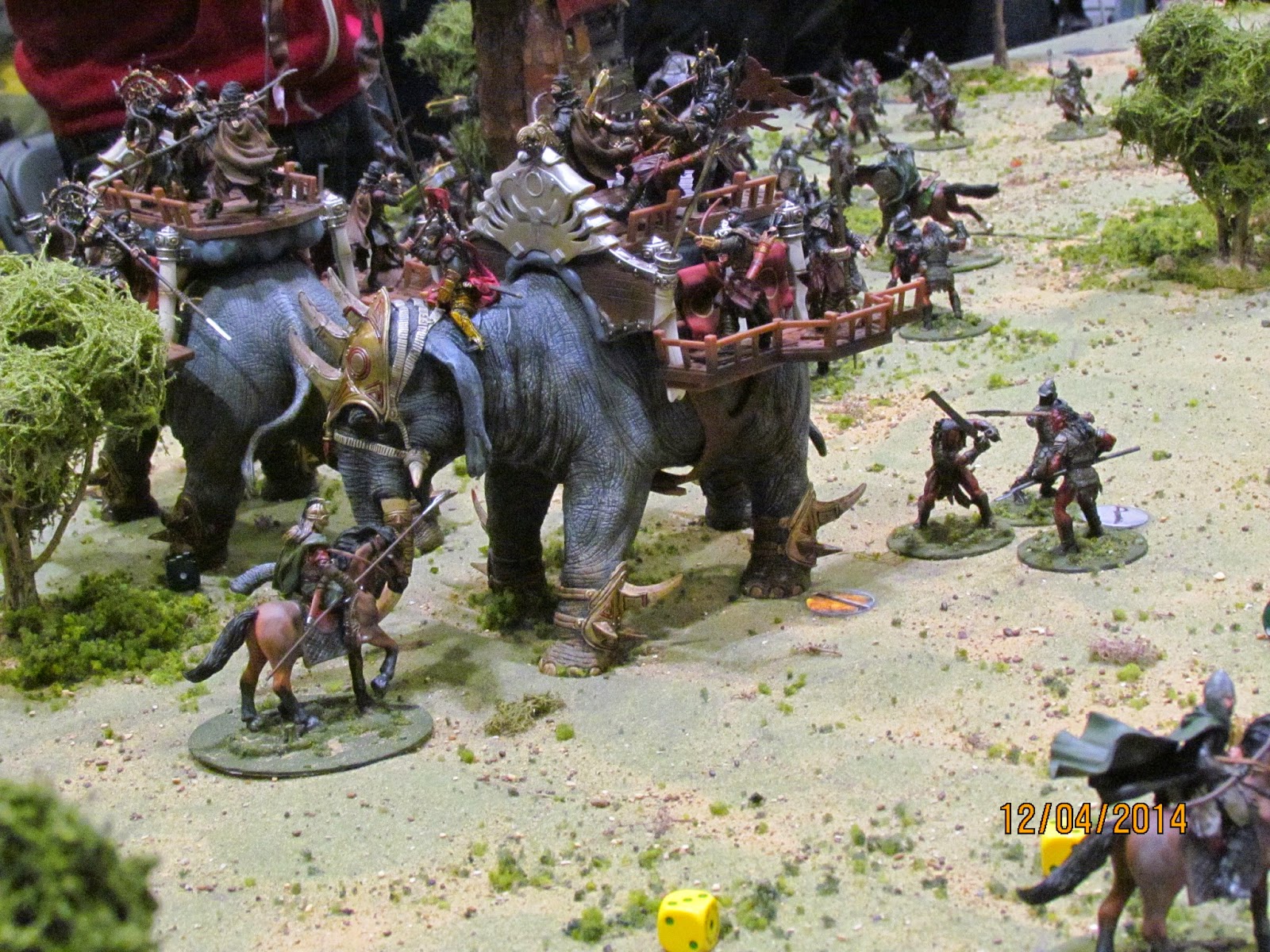 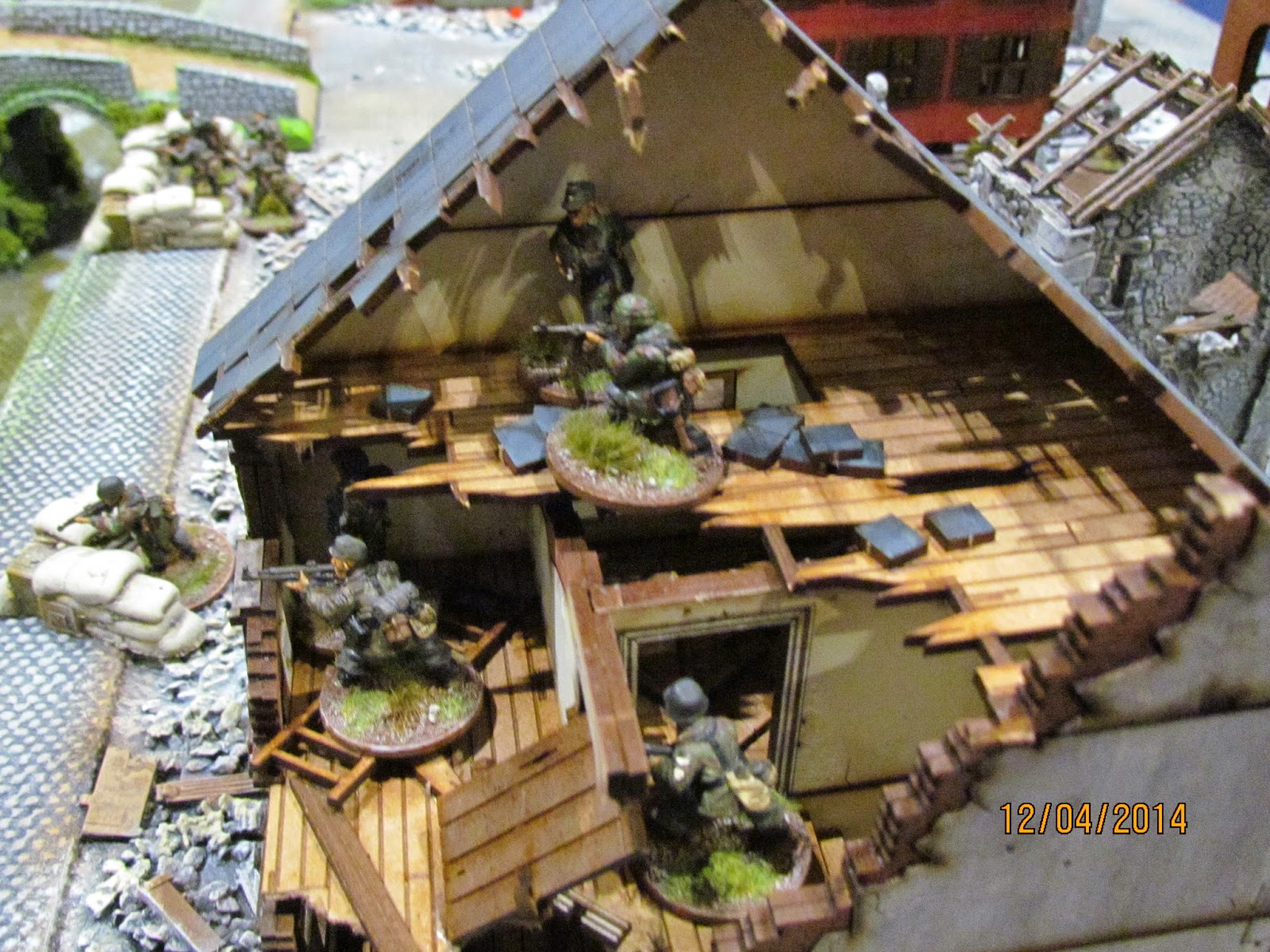 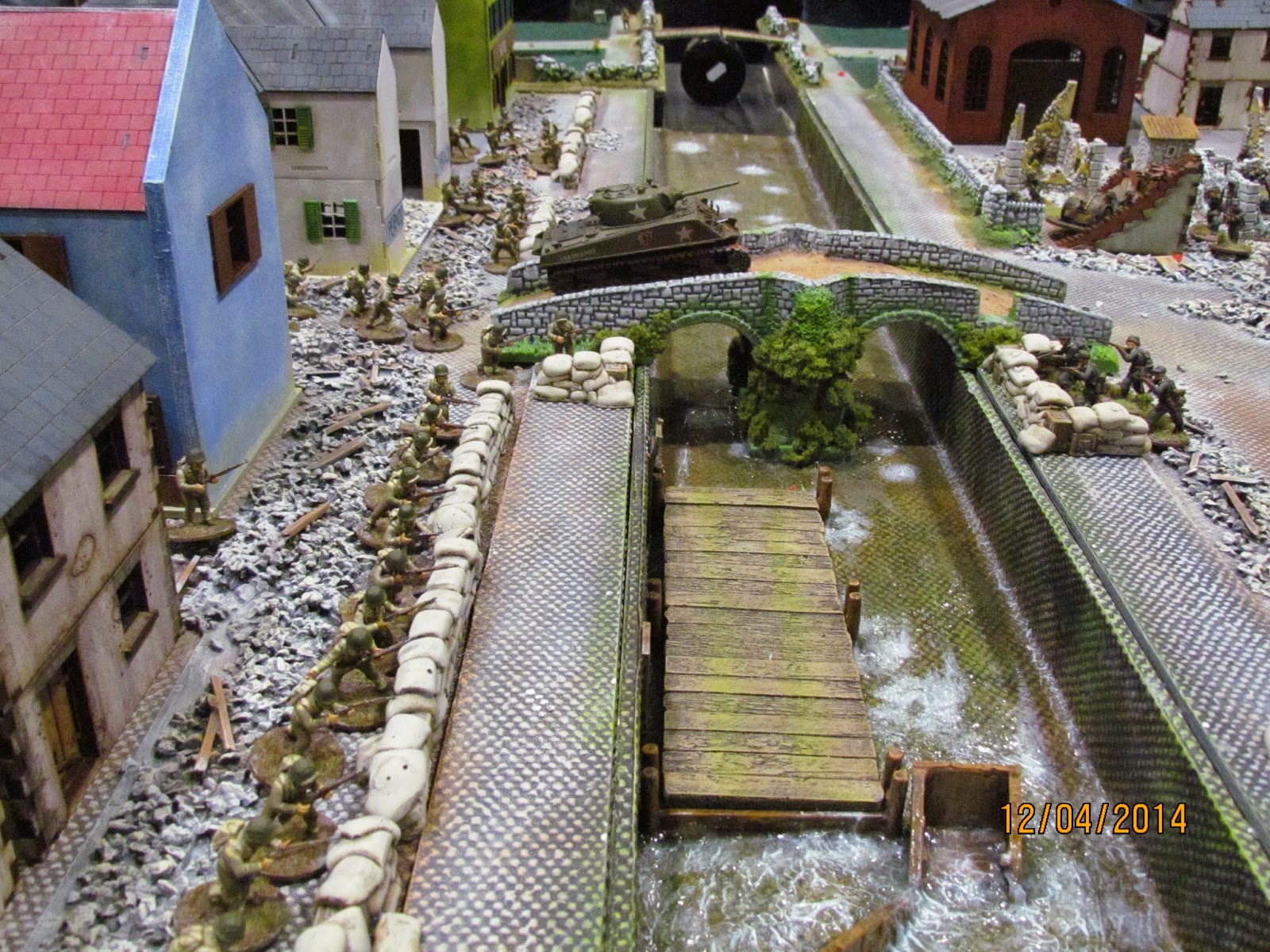 A table situated on Mars bu Southborne. We like this a lot. Thanks for holding up the background for taking pictures. Nice folks too for talking to about the used figures and wargame. 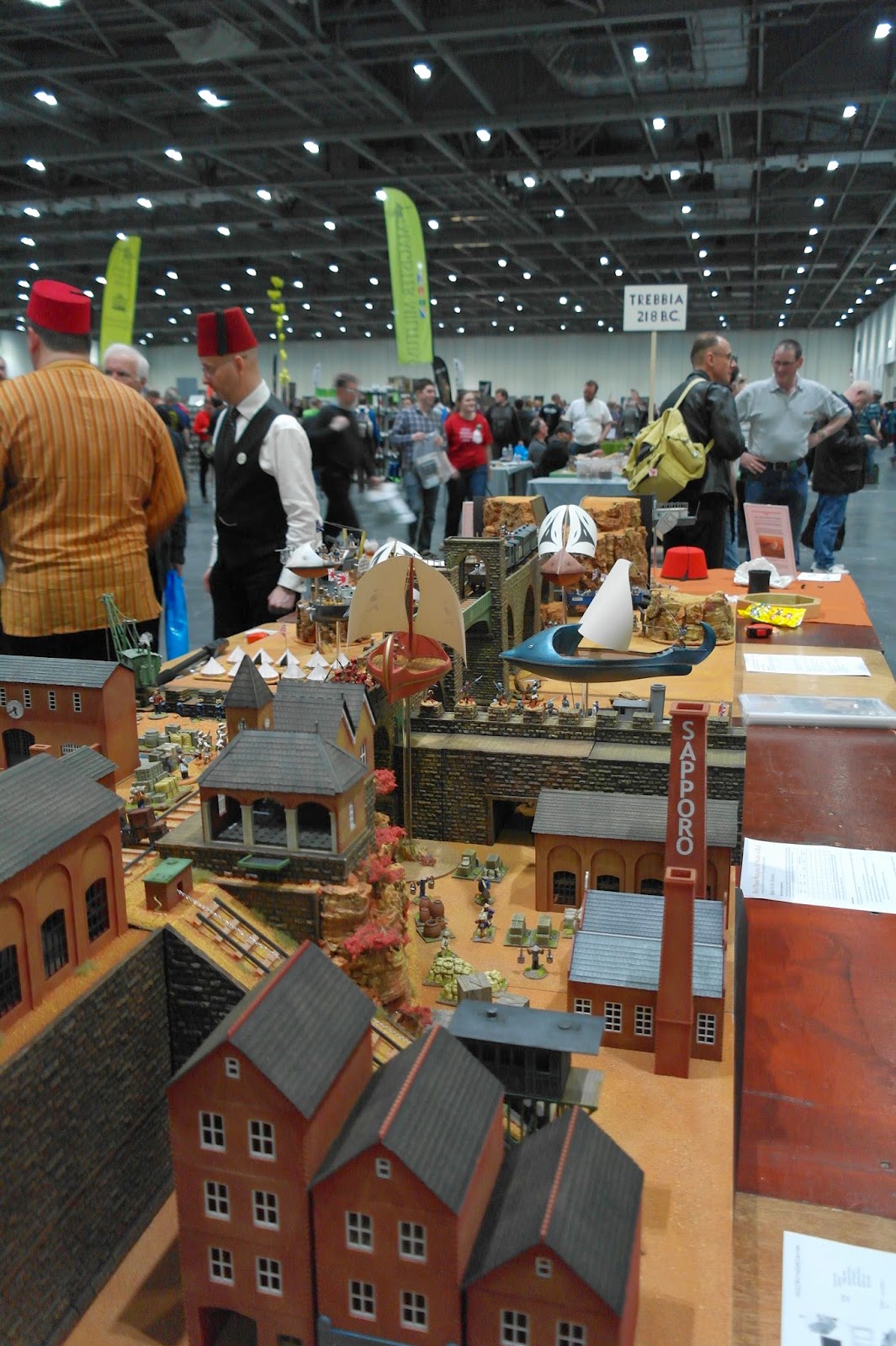 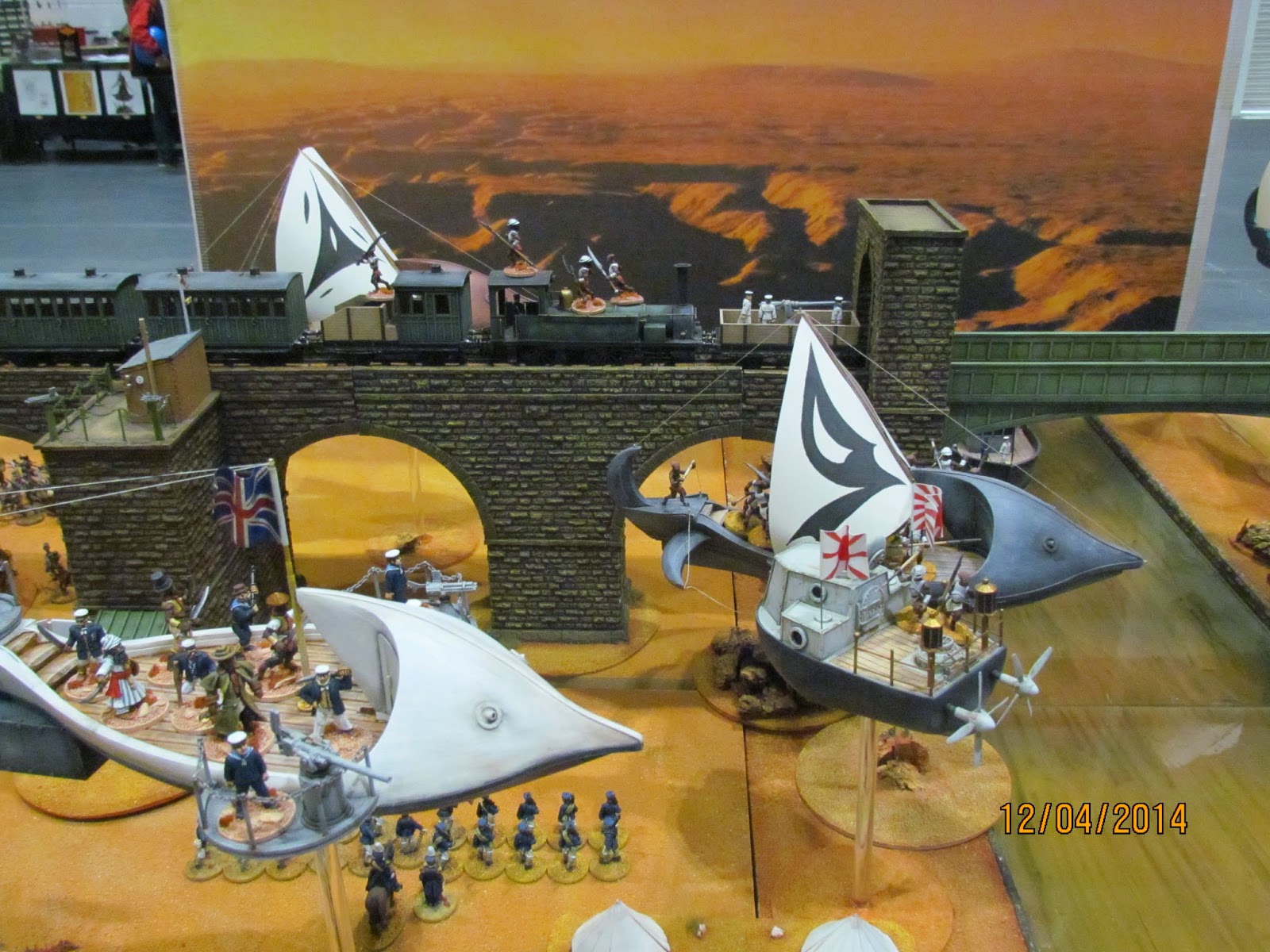 What we missed were more WW1 game. Probably everyone was thinking that WW1 gaming would be the topic of Salute regarding the 100years aniversary of the Great War. We saw at least two games, both great.
Also, talking to the members of the organising clubs shows the fun they have in this period and presenting this on Salute.
It seems that how older (well, mature) the hosts of the game are, the more the are willing to give explenations what is going on, give details of the game, rules and models. 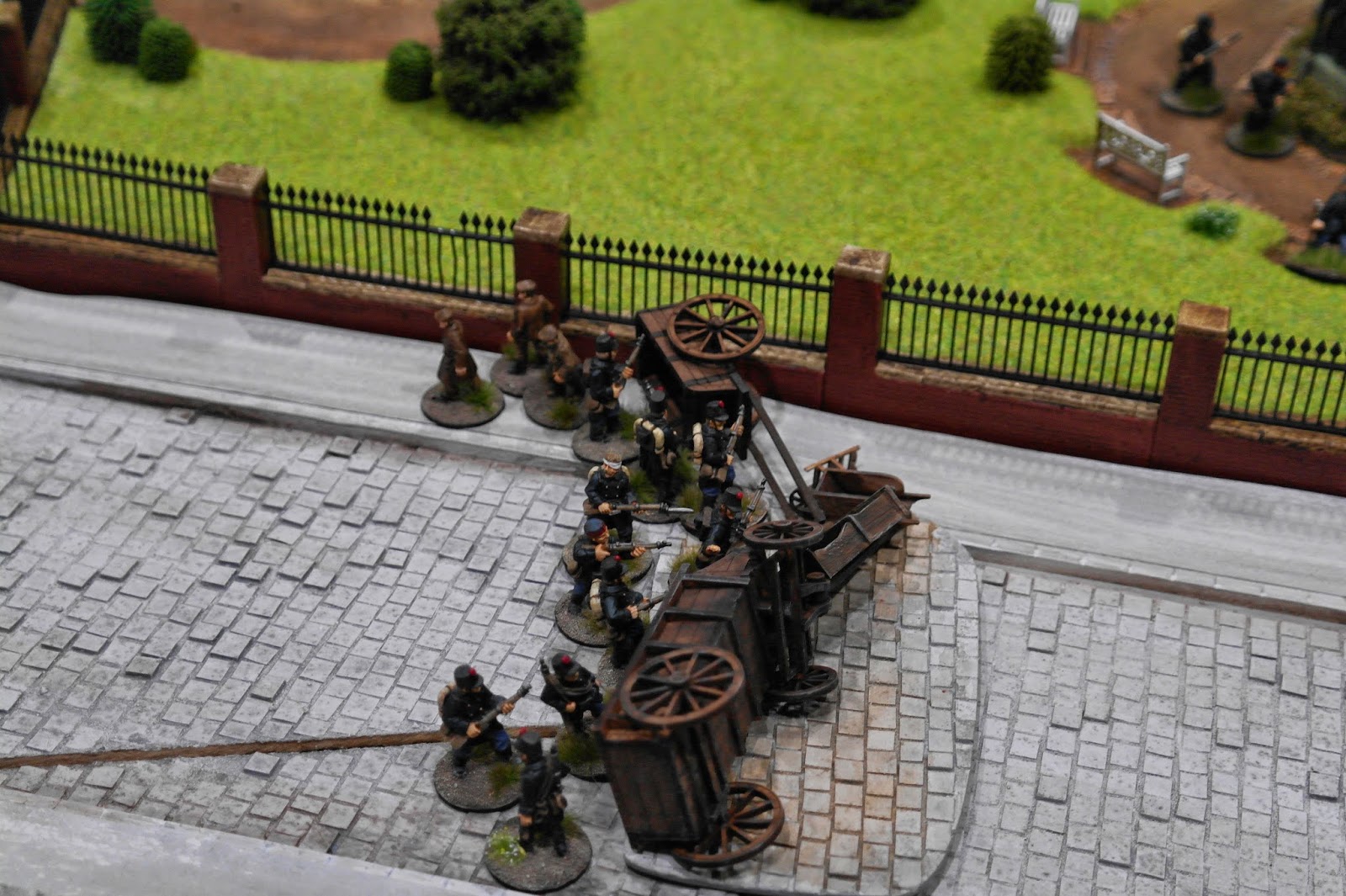 And even then, the Belgian roads were terrible!! 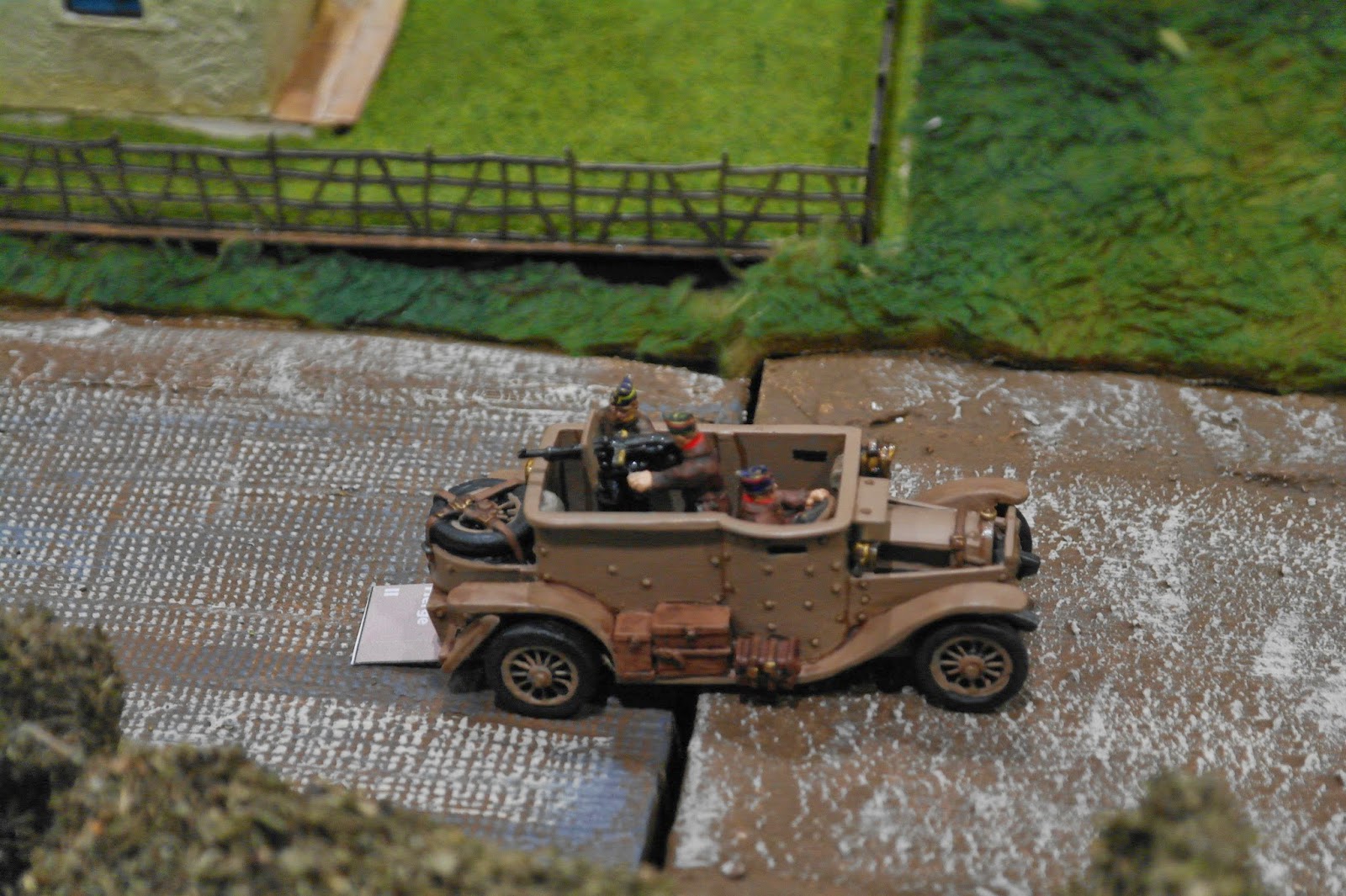 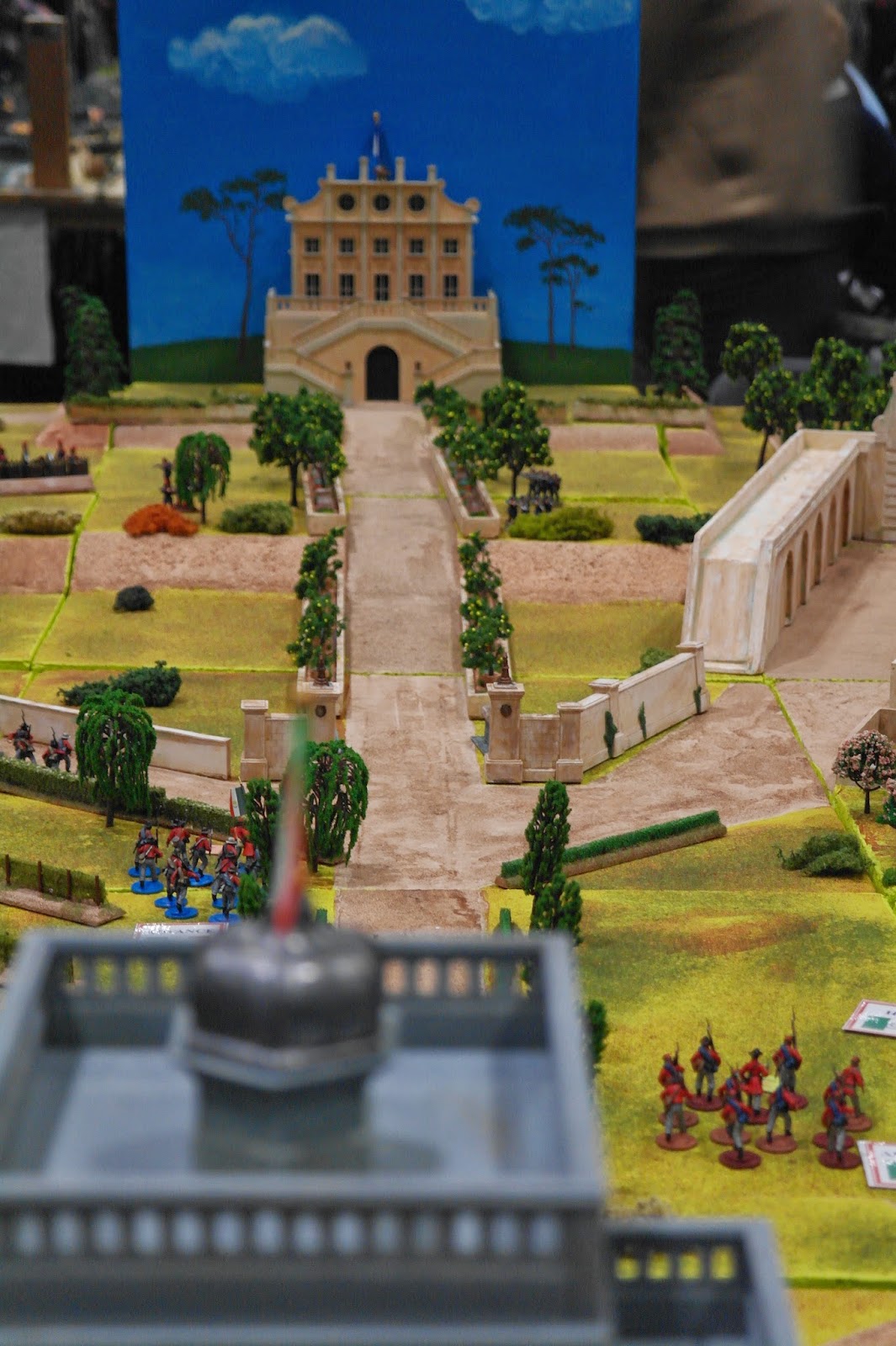 Great game of, and as usually nice talking, to the 19th century group  )Continental Wars Society) which this year presented a Garibaldi game in 28mm. Everytime we come to Salute we think that this period would be great to wargame.


Posted by Alde Garde at 12:02 AM
Labels: wargame shows

The Alde Garde consists of just two of us; Peter (interested in the Medieval and early Renaissance period) and Jan (French Revolution and napoleonic interest). Of course other periods (Nine years War, War of the Austrian Succession, WW1 and lately early WW2) have our mutual interest. Have also a look at our site: www.aldegarde.nl